The End of the “Three-Strikes, You’re Out” Informed Compliance Outreach

There are a number of upcoming milestones and transition points that have recently occurred or are on the table in regard to US trade regulations. One of the key updates is the beginning of full ISF enforcement. The industry has witnessed over seven years and multiple stages of the Importer Security Filing. On May 13, 2015, ISF will reach a pivotal transition point and mark the end of the “three-strikes, you’re out” approach to ISF enforcement. The 12-month three-strike phase, also called “informed compliance outreach”, was created to better focus on repeat offenders and identify regions and ports with lower rates of compliance.

U.S. Customs Border & Protection (CBP) has also put the squeeze on the timeliness of filings and no longer accepts late ISF submissions. The enforcement of this was electronic. The codes for ISF Types 5 (Late ISF-10 No Bond) and ISF Type 6 (Late ISF-5 No Bond) were simply shut off. With the introduction of the electronic bond, or eBond, these filing types have become obsolete.

What does this mean for filers? With little or no provision for warnings, many filers, especially higher-volume filers who have already had CBP pursue a liquidated damage claim against their bond, may be faced with additional potential fines.

The beginning of full ISF enforcement has also created an opportunity for the Air Cargo Advanced Screening (ACAS) initiative, also known as “ISF for Air”, to advance. CBP has said that when ISF moves to full enforcement, ACAS will begin to take a step toward the Notice of Proposed Rulemaking (NPRM) phase followed by the standard comment period from industry. ACAS is similar to EU Preloading Consignment Information for Secure Entry (PRECISE), which also calls for advance information for air shipments well ahead of wheels-up.

Beyond this, ISF is now part of the Automated Commercial Environment (ACE) Cargo release program. CBP has modified ACE Cargo Release to permit a combined submission of ACE Cargo Release and ISF filing data. This change bundles processes and helps to streamline workflow.

Our recommendations?  Get on board with a software provider who can help you reduce potential errors at every step along the way to mitigate risk and reduce the potential of an ISF 10+2 penalty. Join the ACE Cargo Release pilot, if you have not already done so, to begin to take advantage of eBond, and begin to think about how ACAS may impact your business. 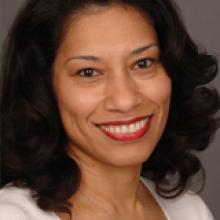