Added Security and Efficiency in the Air Cargo Supply Chain 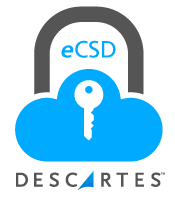 The Electronic Consignment Security Declaration (eCSD) is developing as an important component for the submission of air freight  security documentation. eCSDs have already been adopted by countries such as Germany, Switzerland, and South Africa and the U.S. Transportation Security Administration (TSA) conducted a proof of concept last year detailing the need for the eCSD to better collect information.

The Consignment Security Declaration (CSD) provides regulators with an audit trail that details how cargo has been secured along the supply chain. The International Civil Aviation Organization (ICAO) requires that all air shipments be accompanied with this type of documentation, whether on the Air Waybill (AWB) or separately.

The eCSD is simply an electronic version of the CSD, allowing airlines and air freight forwarders to archive and exchange security information electronically to ensure that only secure cargo is shipped. eCSDs can be audited by regulators at any point in the supply chain to view information on who secured each consignment as well as how and when it was secured. International Air Transport Association (IATA) has been the primary driver behind the initiative, working with carriers, regulators, freight forwarders, and Ground Handling Agents (GHAs) to develop the standards and processes for eCSD data capture.

Testing of the eCSB began in 2012 in Germany followed by Switzerland and South Africa in 2013. These three countries now officially support the eCSB and tests have also since been conducted in the United Kingdom and the Netherlands.

In the U.S., a proof of concept was completed in August 2014 with positive results from participating carriers, forwarders and GHAs. The tests in Europe established that necessary security information for a master waybill consolidation security declaration could be transmitted by air freight forwarders and successfully received by GHAs. In addition, supporting security information for the house bills associated with the master air waybill was properly stored in freight forwarders' internal systems.

eCSBs have shown to improve both security and efficiency. By establishing that cargo has been secured upstream of the airport and through transit points, bottlenecks and delays can be reduced. Standardization and digitization simplify validation checks to ease the operational work of stakeholders. Early adopters may have a competitive advantage over their peers by streamlining processes and reducing supply chain operational costs. Governments are realizing the advantages in efficiency that come with the electronic exchange of trade information. Market leading logistics software providers are also enabling systems that are eCSD capable.

Please click here to view a demo of Descartes WebDocs on demand.