The UK Government has announced  that Brexit will require checks on goods entering Northern Ireland from the United Kingdom and that the UK Government “will urgently put in place detailed plans with the executive, which does include the physical posts at ports of entry”.

Having been covered by most news outlets this should not have come as a surprise to anyone. The Withdrawal Agreement already committed the UK to ensuring that there would be no border between the Republic of Ireland and Northern Ireland, with the only immediate solution to this being regulatory alignment, at least in Northern Ireland.

As mentioned in some of my previous blogs, we had already identified that the Northern Ireland protocol already said as much, as well as stating that for goods entering Northern Ireland UCC rules would apply. Whilst the Border Control posts relate primarily to Agricultural and Food items, the EU tariff’s would also need to be applied unless there was no risk of them entering the EU single market and instead remaining in Northern Ireland or the rest of the United Kingdom. 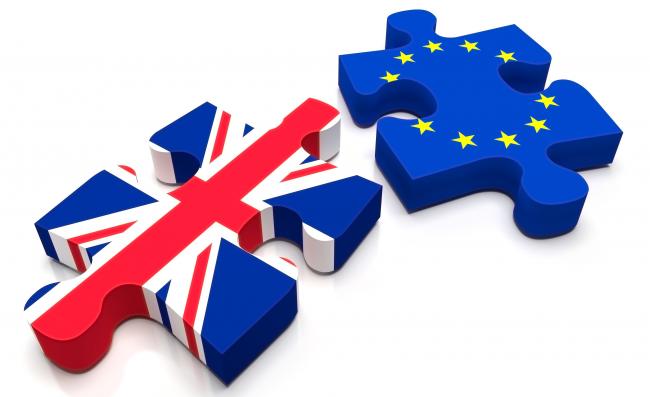 This week the UK published its 2021 External Tariff liberalising a number of tariff lines, but keeping others the same while converting Euro amounts into Sterling or rounding to within several duty bands. For those importing food items, simplifications around processed goods and removing the need for additional codes based on sugar, dairy and starch content, will be welcome (although UK exporters will still face those challenges importing into the EU). However, this shows the complexity of keeping an open border in Ireland and the UK having to manage two Tariffs for goods arriving in Northern Ireland from the Rest of the World, depending on the goods’ final destination. What would this mean in practice? In the past we have suggested that this would probably need to involve:

The initial comment was updated this week with the UK formally publishing their approach to the Northern Ireland Protocol. The UK Government has confirmed that there will be “some new administrative process for traders, notably new electronic import declaration requirements, and safety and security information, for goods entering Northern Ireland from the rest of the UK.” The reason is that they need these “to make sure that tariffs are not paid on trade within the UK and that goods going to Ireland pay tariffs when they should”.

The UK Government also confirmed there would be no need for declarations for goods entering the UK from Northern Ireland, although it was relatively silent about Republic of Ireland goods entering mainland UK via Northern Ireland. This however currently represents a small proportion of current trade flows. It may be a case of wait and see, but the Irish Revenue will need to satisfy themselves that the goods have left the EU territory for VAT, Excise purposes or duty suspensive regimes. So the mention of continuing to provide facilitations and ensuring that the necessary procedures apply only to very minimal volumes of relevant trade necessary to comply with those obligations, may well be reference to some exit from NI processes in relation to EU goods.

Covid-19 has clearly disrupted the transitional agreement talks and agreeing a clear and happy path quickly is unlikely. The UK and the EU has until the end of June to decide whether they feel an agreement can be reached or whether an extension is required. With the UK ruling out such an extension the suggestion of a No-Deal Brexit returns.

The UK has also continued to rule out derogations on the need for safety and security declarations or so called Entry Summary declarations (ENS) for goods travelling between the UK and the North of Ireland and the UK and the rest of the EU; although normally the responsibility of the carrier, for accompanied transport the responsibility can sometimes become that of the haulier.

We should also remember that the UK is in the process of rolling out the CHIEF replacement system “CDS” or Customs Declarations Service, so as with the original Day-One-No-Deal Planning we have to prepare once more for changes to two systems not just one, especially with CDS being the only “true” UCC compatible system.

It is understandable that UK businesses would prefer to wait until there is clarity, however, the risk is that it may come too late to implement the necessary systems, find and appoint brokers if necessary or obtain any authorisations required from HMRC.

In the third part of Brexit related publications the UK Government has also published draft legal texts of their vision for a Comprehensive Free Trade Agreement.

It is a good reminder for anyone hoping to benefit from any Free Trade Agreement that without a common external tariff or a Customs Union then preferential rates relies on the goods meeting rules of origin, although there were none included in the draft Annexes. It also seems that the UK has taken the more recent EU FTA’s into account, seeking a simple invoice declaration rather than a specific certificate.

What is also interesting is that while the UK (as well as the EU under the various current Customs IT projects ) is keen to promote allowing a customs declaration to be submitted in electronic format, whilst they can play an important part in the supply chain, the UK was seeking that Partner States did not make the use of customs brokers mandatory.

This may also provide clues as to the UK’s ambitions post Brexit simplifications, regardless of a Free Trade Agreement, to allow the use of Self-Assessment and aggregated customs declarations. The document also mentions a pilot to explore sharing export and import data in order to avoid duplication, however this has been tried over many years with different countries with little success at the Government level and therefore even if adopted, it is clearly not something that will be available at the end of the transition period, so companies will need to devise their own strategies to minimise effort and friction.

One piece of recent good news was that VAT Postponed Accounting has been confirmed as being available to importers at the end of the transition period, not just in response to a no-deal Brexit, although it will need to be claimed on import and HMRC does have the right to withdraw the right to use the postponed accounting option for specific importers.

For businesses who deal with low value small parcels, the news that the EU planned to delay the removal of the low value consignment relief until 1st July 2021, after lobbying from some Member States, is perhaps good news for UK based eCommerce sellers. Otherwise they would have had to choose between the option to register on the EU Import One-Stop-Shop’ (IOSS) and account for appropriate EU Member State rate of VAT at the time of sale from 1st January 2021, or rely on the eCommerce platform or postal service they use doing so on their behalf.

For e-Commerce importers or agents though it remains unclear whether we will see any such delay for imports into the UK. The UK has already planned to remove the VAT relief on goods less than €22 in the case of a No-Deal Brexit, this was before the planned EU date citing concerns over the proximity of the EU and the potential disruption to trade.

Whether bulking of low value declarations will continue in some form beyond January 2021, (Final withdrawal of the facility was to be completed and LVBI authorisation holders advised ahead of the UCC transition deadline), or whether we will see an exponential growth in the number of import declarations, even with a reduced data set for low value parcels. We are also still waiting for clarity about how overseas sellers can register, use, and declare the UK’s version of an Import One-Stop.-Shop.

Business should therefore be taking steps now to decide

If any of the above is of interest contact us as soon as possible.

Contact Us or email [email protected] to find out how Descartes can help you to be Brexit ready.