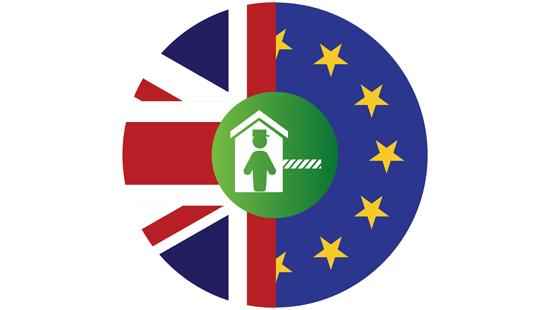 Travelling to the EU? Prepare now for the EU posting of drivers portal
From 2 February, the EU is introducing new rules that mean if you operate loaded goods journeys in and between European Member States (cabotage or cross-trade), you may need to register information digitally about your journeys on a new EU web based portal.
Read More
Government sets out a new timetable for introducing border controls
The UK Government has established a new timetable for introducing full import controls for goods being imported from the EU to the UK.
Read More
UK shippers and hauliers struggle as new customs regime for exports looms
The Loadstar 25th August 2021:
From 1 October, there will be new safety and security requirements surrounding exports with an expanded list of movements requiring exit summary declarations (EXS), raising complexity in GB-EU supply chains.
Read More

The Irish Times 17th Aug: Imports from NI to Republic up 77% since UK’s EU exit

Reuters 13th Aug: EU exports to Britain rise in June as they fall to rest of the world

BBC News 16th June: Brexit: Can the UK and the EU reach a deal on Northern Ireland?

The Conversation 11th June: Why are British sausages being blocked from entry into Northern Ireland? The dispute explained

Reuters 14th May: Britain, Ireland agree to work together to smooth post-Brexit trade

The FT 3rd May: Brussels signals flexibility on post-Brexit rules for Northern Ireland

IT Supply Chain 6th Apr: Beyond Brexit: The Realities of Brexit for the UK-EU Cross Border Trade

News Letter 8th Feb: More Irish customs declarations in a month than all of last year

Irish, Express & Star 2nd Feb: Inspections required by new Irish Sea trading arrangements have been suspended amid fears for the safety of staff.

The Parliament Mag 12th Jan: MEPs ‘regret’ being unable to scrutinise Brexit deal before it came into force

BBC News 25th Dec: The Brexit Deal: What we know so far

The Economist 19th Dec: Will Brexit cause disruption in Britain's ports?

RTĒ 17th Dec: MEPs will not ratify EU-UK treaty this year if deal not done by Sunday

UK Gov - Cabinet Office 8th Dec: Joint statement by the co-chairs of the EU-UK Joint Committee - agreement in principle on all issues.

Reuters, 1st Nov: EU and British Brexit negotiators will continue talks in Brussels on Monday and until around mid-week...

Business Leader Mag, 28th Oct: Is your business ready for Brexit? and how to prepare for 1st January 2021.....

Bloomberg News, 21st Oct: Brexit Talks Set to Restart With Aim of Deal by Mid-November
Trade talks between the U.K. and European Union are on the verge of resuming after positive contact between the two sides, three people familiar with the discussions said.

BBC News, 20th Oct: Brexit: Have EU-UK trade talks reached a dead end?
After months of wrangling and shadow-boxing, posturing and incomprehension of the bottom-line priorities of the other side - are the negotiations truly over?

Descartes, 19th Oct: Kent access permit required for cross Channel HGV's
The Cabinet Office has confirmed that a Kent Access Permit will be mandatory for all HGVs using the Channel crossings to the European Union from the UK.

Public Technology.net, 15th Oct: Minister says HMRC needs another 1,000 staff before transition period ends.
HM Revenue and Customs is more than 1,000 staff short of its recruitment target to deal with new procedures that will be introduced at the end of the EU transition period in 78 days’ time.

The Independent, 15th Oct: Boris Johnson set to talk to Ursula Von der Leyson on Wednesday 14th October.
...on the eve of a crucial summit in Brussels which No 10 set as a deadline for the “outline” of a trade deal with the EU.

BBC News, 14th Oct: EU Leaders weigh up hard choices over Brexit trade deal.
In a call with the European Commission president and the European Council president he (Boris Johnson) said he would wait for EU leaders to finish their summit discussions on Friday before deciding the UK's next steps.

Lloyd's Loading List, 14th Oct: Freight sector denies "head in sand" UK government claim
Freight and business representatives have responded strongly to comments from a senior UK government minister suggesting that UK import and export businesses have their “heads in the sand” over the preparations they need to make to keep freight moving from 1 January.

Modern Retail - Transport operators - It's time. Are you Brexit ready?
Given the huge distraction of Covid19, it’s no surprise that many companies are reportedly still not ‘Brexit ready’

UK Gov: Joint statement by the Prime Minister and the President of the European Commission - 3rd October 2020

Forwarder Magazine - UK Business ill prepared for Brexit customs complexity
Since March, Covid-19 has wrought unprecedented change throughout every supply chain – and many firms felt they had no option but to shelve Brexit planning, and in many cases also use cash and stock initially reserved for Brexit-related disruption, simply to survive.

Cold Chain Federation - It's time-Beat the Brexit clock countdown
The UK’s planned exit from the European Union has caused much uncertainty over the last few years, with numerous extensions to the final Brexit deadline and a deal yet to be agreed

UK Haulier - Descartes UK Business ill prepared for post Brexit customs complexity
2020 was meant to be the year of ‘Brexit Preparation’. When the UK left the EU on January 1 2020

IT In The Supply Chain - UK Business ill prepared for post Brexit customs complexity
When the UK left the EU on January 1st 2020, firms involved in trade with the EU were set to spend 12 months on robust planning, maximising the 12 month Brexit transition period

Logistics Business - Fewer than 1 in 5 UK firms are ready for no-deal Brexit
Undertaken by SAPIO Research during July 2020, the interviews with supply chain managers assessed companies’ general expectations around the impact of Brexit

Transport Operator - Logistics experts sector must step-up Brexit-preparations
Hauliers will need to get to grips with at least eight new computer systems in order for Roll-On Roll-Off (RoRo) trade to operate efficiently after the Brexit transition,

Freight Business Journal - Business unready for Brexit says survey
Just over half think a UK-EU trade deal is unlikely to be achieved in 2020 and only one in ten supply chain managers claim to have total certainty regarding the impact of Brexit on their business.

Truck & Track: Buckling up for Brexit

Truck & Track: Taking back control of customs clearances with Brexit

EU-UK 6th round of trade talks - download the agenda here

Institute of Export: What is the GVMS? The UK's new Border System

UK Government: The UK's Approach to the Northern Ireland Protocol

BBC News: UK Government confirms there will be border checks at NI Ports

UK Government: Agenda - Third Round of Talks starting 11th May

BBC News: Third round of trade talks to start w/c 11th May

Manufacturing and Logistics IT: The future of supply chain and logistics Descartes presents advice to industry professionals