Descartes has been testing with the Canadian Border Services Agency (CBSA) since Sept 2010 in preparation for the enforcement of the Canadian Highway eManifest program, the third phase of the Advance Commercial Information (ACI) initiative.

As per CBSA’s communicated timeline, November 1st marks the beginning of a 6-month “informed compliance” period.  During this six-month informed compliance period, carriers will not be denied entry to Canada or subject to penalties for reasons associated with eManifest non-compliance. In May 2013, requirements are expected to be mandatory for eManifest filings where non-compliant carriers could be subject to penalties.

To ensure your organization is ready, efforts to should be taken now to comply. Carriers across the industry have been submitting Letters of Intent (LOIs) and requests for Canadian carrier codes at a record pace which is affecting processing timelines at CBSA. As a result CBSA has advised the following:

As an example, if your organization started the process November 1st, the is the possibility would not be able to begin processing ACI compliant shipments until January or as late as March, leaving little room to correct any company related processing errors. Descartes has been in communication with CBSA in regard to the delay in processing requests.  They have informed us that they are working to get the backlog processed in the next few weeks. We are currently awaiting their go-ahead to “flip the switch” to move our customers from a test to a live environment.

In addition, Descartes has also been advised by CBSA that responses will be processed on a “first come, first served” basis.  For this reason, we strongly recommend that those who have not submitted their LOIs or requests for a carrier code to do so immediately. 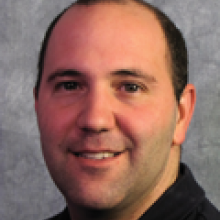