Take the Pulse of Port Trends with Actionable Data

Monitoring port volume cargo is critical to identify changes in demand, gain insight into competitive activity, and to identify trends at a macro level.

Types of data analyzed in our report include:

In 2017, the top 20 ports handled nearly 98 percent of U.S. import volumes. In the last five years, a number of these ports realized a 30 percent increase in import volume, compared with growth in U.S. imports overall, which has risen more than 18 percent since 2012. 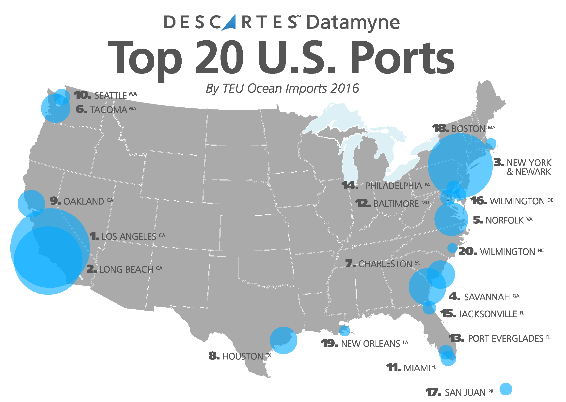 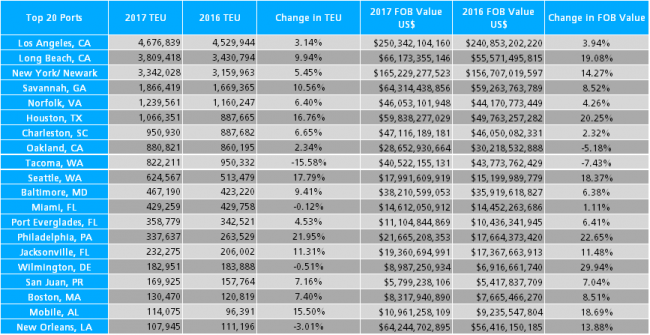 Receiving ever larger ocean vessels and delivering into dynamic logistics supply chains, the top U.S. ports have had to adapt to stay competitive and meet increasing volume demands year over year.

Select East Coast ports continue to capture a substantial import market share. In 2012, the Port of New York/Newark accounted for 9.6 percent of U.S. import TEUs. Since then, that share has grown to a steady 15 percent as the port increased its import volumes 86.8 percent over five years, from 1.69 TEUs annually in 2012 to 3.34 million in 2017.

Comparing year-over-year data, the majority of the top 20 ports displayed steady growth in 2017 with Tacoma, Wilmington, and New Orleans as the only outliers.

The Port of Tacoma 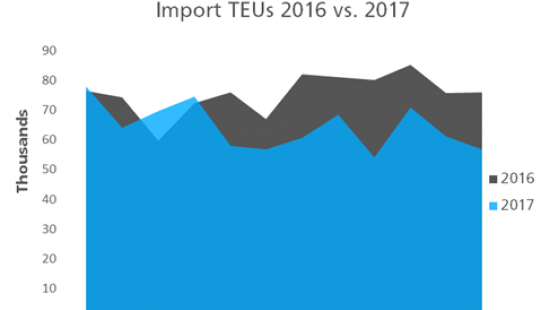 The Port of Mobile

A newcomer to the top 20 list, The Port of Mobile saw its import volume increased 15.5 percent as the port completed Phase 2 of its five-part expansion project. The multi-billion-dollar long-term plan is designed to increase the port’s throughput volume to 1.5 million. A $49.5 million expansion was approved in late 2017 with specific plans for a 400 ft. dock extension and Post-Panama crane rails. 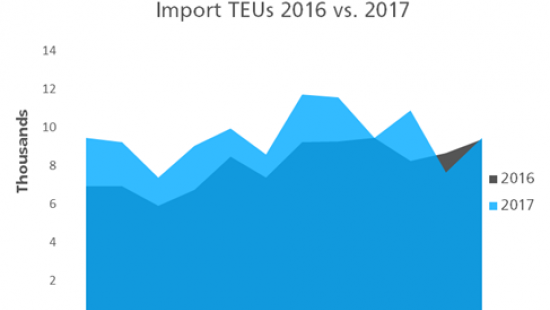 The Port of Philadelphia

The Port of Philadelphia saw the largest increase in year-over-year import volume among the top U.S. ports. Driven in part by a both $300 million expansion and the completion of the deepening of the Delaware River channel, the import volume into Philadelphia increased 21.9 percent in 2017. The large influx of imports can be also be attributed to new shipping services offered at the port. 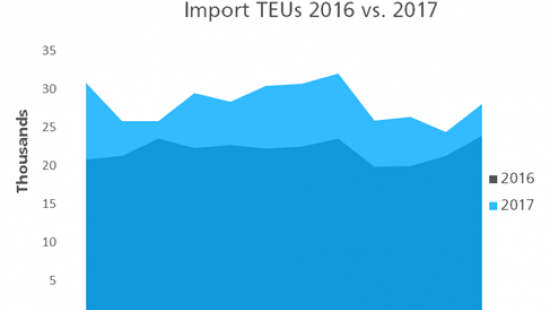 Powered by the world’s largest searchable trade database and covering the global commerce of 230 markets across 5 continents. Descartes Datamyne provides access to market data faster than any other source in the industry. U.S. maritime import data is refreshed daily with information sourced directly from Customs authorities 24-hours after shipment arrival; monthly for international data sources.