The European Union’s recent decision to impose export controls on coronavirus vaccines produced within the 27-nation trading bloc could cause further supply chain disruptions around the world.

Business leaders warned of potential, new trade turbulence ahead, as the World Health Organization described the EU’s move as counterproductive, while the United Nations called for global solidarity in the distribution of the vaccines.

The International Chamber of Commerce said that the European restrictions send a dangerous signal to the world at a time when nations are trying to recover from the coronavirus pandemic. The organization said it “risks sparking retaliatory action that will stifle global medical supply chains, undermine vaccine production and prolong the pandemic.”

The EU defended its position, citing regional emergency reasons. It said that it wanted to ensure its own supply of vaccines to member states were delivered as agreed with pharma companies. And it stressed that the measure was temporary, lasting at least until the end of March.

Pandemic-related Export Controls a Year Ago

The World Trade Organization (WTO) allows trade restrictions on emergency or national security grounds, but stipulates that any such curbs be targeted, temporary and transparent. For decades, governments – the U.S. and EU included – have imposed global trade limits on defense articles, dual use goods and technology and debarred parties.

But when COVID-19 became a global issue in the early part of last year, many countries restricted two additional categories of goods under the national security umbrella:1) medical supplies, pharmaceuticals and related equipment; and 2) foodstuffs. At the time, the United States, itself, blocked exports of Personal Protective Equipment which were not approved by the Federal Emergency Management Agency.

That came amid national and regional economic lockdowns that exacerbated the situation and sent suppliers and buyers alike scrambling to find new markets in an attempt to keep their supply chains moving and healthy.

In a joint statement, the WTO and the International Monetary Fund warned that export restrictions in these new categories could backfire. It said: “What makes sense in an isolated emergency can be severely damaging in a global crisis. Such measures disrupt supply chains, depress production, and misdirect scarce, critical products and workers away from where they are most needed. Other governments counter with their own restrictions. The result is to prolong and exacerbate the health and economic crisis — with the most serious effects likely on the poorer and more vulnerable countries.”

Fast Forward to This Year

The EU reiterated that the export controls were targeted, temporary and transparent in line with WTO rules, adding that there were exemptions including continuing to support a program to supply poorer nations with the vaccines. It also reversed a decision to not exempt Ireland after the United Kingdom argued that would breach the terms of the Brexit agreement.

Nevertheless, there are fears that the vaccine’s current scarce supply could result in new trade conflicts that would also expand to other items such as critical supplies of ingredients to make the vaccines along with related diagnostics and medicines. All this could introduce new elements of uncertainty to world supply chains.

How Organizations can be Proactive

The coronavirus pandemic has already caused major, global supply chain disruptions. Many forward-thinking companies have since hedged their bets and spread their risk by looking for and identifying alternative sources of supply or markets for their products. They have been able to undertake this work efficiently by using Descartes Global Trade Intelligence solutions to pinpoint new business partners anywhere in the world, review the business viability through such means as landed cost calculations and vet those new partners against official denied party screening lists to help make sure that they are not entering into transactions with what governments and world bodies call ‘bad actors’.

In times of uncertainty, the best remedy is to look ahead strategically and make contingency plans. The same is even truer in the business world. 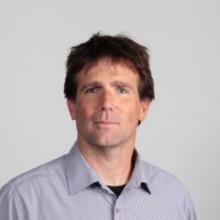