Back in March of 2010, at the IATA World Cargo Symposium, it was announced that Descartes had successfully filed its first Import Control System (ICS) test messages with the EU Customs Union. In March of this year, we announced that bmi Cargo selected Descartes’ Global Filer solution to support compliance with European safety and security regulations. And just 2 days ago, on April 13th, we announced that Odfjell Tankers AS chose Descartes’ Global Filer solution to manage its import customs security filings. I thought that was pretty exciting, and believe it’s good to know why a solution is developed and why the customer should use it. Well, let me tell you why it was developed. In 1992, the Community Customs Code was established. The code set up the rules and regulations surrounding goods traded between the European Community (EC) and non-member countries. Back in 2003, a proposal was implemented to streamline customs procedures and provide a paperless environment, whereby customs and trading information was accessible electronically. In 2005, additional amendments were put in place to tighten security for imports and exports. And, more recently, the Safety and Security Amendment was enacted requiring electronic information on goods to be provided to customs authorities prior to the import or export to/from the European Union. In 2009, the requirement took effect for shipments exported out of the EU. And, finally, on December 31, 2010, the mandatory advanced electronic reporting for cargo imported into, and certain export shipments, went into effect. Of course, the customs security filing requirements are more complicated than my short history lesson illustrates. So, why should a customer use Descartes’ Global Filer? Because, it will help you streamline your company’s customs security filing process and meet the current and long-term compliance requirements. For more information please contact Cindy Yamamoto at cyamamoto@descartes.com. 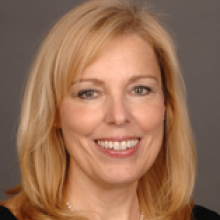