Given the long tail of truckload carriers, factoring in a mobile app for drivers is a must to ensure visibility across your carrier network. Drivers, however, are bombarded with app requests, and also leverage a multitude of applications for their own purposes. So how does driver adoption of a visibility app impact compliance, and how can you assess which providers have the applications that deliver the best compliance? At Descartes, we work with hundreds of thousands of carriers and drivers, so we have a good understanding of what drivers value in a tracking application. It comes down to three areas: (1) What do other drivers say? (2) What is the user experience? (3) How often will I need the application?

What Do Other Drivers Say?

App ratings is the number one factor influencing adoption. Studies show that 71% of respondents said a four-star or five-star app store rating positively impacts their choice. Ratings represent the single best way for drivers who have not used the application to quickly determine that an app won’t cause any issues. Beyond ratings, reviews also provide a good view into other drivers’ experiences. Lastly, the number of reviews represents a good proxy of adoption. Typically, the number of ratings represents approximately 0.1% of the users. This can help clarify the actual number of users versus those a vendor shares, which might include downloads of drivers who did not ever use the application, or other measures of self-promotion.

What is the User Experience?

Another factor is whether the app is simple to use and does it work. Providing a load of functions that are often available on other apps that drivers already have and use can cause confusion and “bloat”. For visibility, the goal is really to minimize what the driver needs to do, providing the driver with visibility to their shipments and doing so in a way that requires minimal or no driver interaction. Often, we hear drivers are resistant to add another application as they don’t want it to take more space on their phone. The MacroPoint for Truckers App has a very small footprint – consuming the same amount of storage as a single song. The last factor in “bloated” mobile apps is quality. If there are bugs, or the app crashes, drivers will never go back to use it.

How Often Will I Need It?

Drivers have a multitude of applications, so are generally hesitant to add another one if it is something they are only going to use once or twice. The frequency with which a driver will use the app is directly related to the size of the network, and the number of shipments tracked by the visibility provider. The Descartes MacroPoint™ network manages millions of shipments a year through the MacroPoint for Truckers App. With this volume and network size, drivers have gained a familiarity with the app such that they keep it on their phone for multiple shipments. Familiarity with the app leads to trust, with more drivers keeping the application installed for future shipments, providing immediate visibility to a newly assigned load.

Driver Mobile Apps Are One Leg in the Visibility Stool

Driver visibility apps are a critical component of real-time freight visibility solutions. Our data shows that, with good driver adoption, customers can achieve over 95% compliance. To provide visibility across your carrier network, however, you also need to be able to connect to carriers’ electronic logging device (ELD) and dispatch systems. These additional connection methods are ideal for larger carriers and also lead to higher compliance. Some providers minimize the use of mobile apps while others don’t support ELD and dispatch integration methods. Ultimately, a balance of all methods is required to achieve visibility goals. 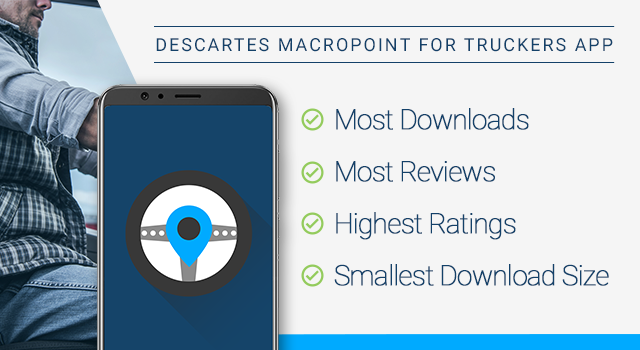 When reviewing the carrier connection capabilities of your visibility provider, ensure each of the following areas are evaluated:

Incorporating these considerations into your selection will greatly increase your success and visibility compliance.

To learn more, visit us at https://www.macropoint.com/. 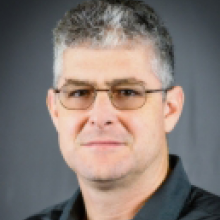