In an effort to ban goods made with forced labor from entering global supply chains, the United States has begun enforcing the Uyghur Forced Labor Prevention Act (UFLPA). To help limit the distribution of these items, it is also rallying allied countries to enforce similar bans, specifically targeting goods produced in whole or in part from the Chinese province of Xinjiang.

Xinjiang, also known as the Xinjiang Uyghur Autonomous Region, is a landlocked province located in northwest China at the strategic crossroads of Central and East Asia. In the recent past, this region has been the subject of a number of official government advisories – including this one issued jointly by the U.S. departments of State, Treasury, Commerce and Homeland Security in 2020 – highlighting the risks that legitimate businesses take (unwittingly or otherwise) if they become involved with companies that illicitly use forced labor in their manufacturing process.

This latest move by Washington blanket bans shipments from Xinjiang unless the importer of record provides evidence that prohibited forms of labor were not used in the making of their goods. And the words to emphasize are “in whole or in part”. The importer has a duty to make sure that if their supply chain relies on input from Xinjiang that the companies they are interacting with are not named on a watchlist of entities that allegedly rely on forced labor. Failure to comply will at the very least result in denial of entry or seizure.

What is the Uyghur Forced Labor Prevention Act

The Uyghur Forced Labor Prevention Act was signed into law by President Biden last December, and U.S. Customs and Border Protection (CBP) began enforcement in June 2022. Under the new law, U.S. authorities will assume that goods made in Xinjiang were produced with forced labor. Importers using raw materials or parts from the Chinese province or shipping finished goods from there are required to provide a presumptive rebuttal that clearly demonstrates that forced labor was not used, as this CBP guidance details.

The purpose of UFLPA is to “help make global supply chains free from the use of forced labor”, and the U.S. is encouraging its allies to follow suit, according to a press statement from the State Department.

The UFLPA in Context with Previous Initiatives

The Uyghur Forced Labor Prevention Act is built on the foundations of the 1930 Tariff Act which bars imports of goods made with forced labor. There was a loophole that allowed products and merchandise to enter the U.S. in cases where there was insufficient supply to satisfy domestic demand, but Congress eliminated that in 2016.

More recently in 2020, the three nations that make up the United States-Mexico-Canada Agreement (USMCA) agreed to prohibit the importation of goods made by forced or compulsory labor.

While these measures are aimed at targeting forced labor globally, the U.S. has focused its efforts on Xinjiang because of increasing allegations of human rights abuses there.

What Products Are Made in Xinjiang

Xinjiang is a major producer of garments – reflective of the fact that this region accounts for about 20% of the world’s cotton production. It is also a significant player in the manufacture of footwear, toys, and wind and solar-powered items, according to global trade data from Descartes Datamyne. (See Figure 1).

Xinjiang’s principal trading partners are neighboring countries, as one would imagine, including Kazakhstan, Kirghizia, and Russia. But overall trade is on the decline, potentially because of its use of forced labor. In 2021, total external trade came to US$15.2 billion, down more than 15% compared with pre-pandemic 2019. Notable exceptions in the top 15 trading partners were Vietnam and Malaysia, which posted major gains of 125% and 6% respectively. (See Figure 2).

Enforcement of the Uyghur Forced Labor Prevention Act, and other similar legislation, is the responsibility of the Forced Labor Enforcement Task Force, an interagency body led by the Department of Homeland Security. Other agencies that comprise the task force include the Office of the United States Trade Representative, and the departments of Labor, State, Treasury, Justice, and Commerce.

Goods that cannot be proven to be compliant with the law risk being seized, with the authorities now placing a high priority on reviewing items whose supply chains cross through Xinjiang.

How Organizations Can Comply

The most efficient way for organizations to comply is by screening their overseas suppliers against the Uyghur Forced Labor Entity List, published and updated by Homeland Security. To be sure that they are in compliance with the broader scope of international trade laws, they should also be screening against multiple denied, restricted, blocked, and debarred parties lists from not just the U.S. but also the European Union, United Kingdom, and other regions, as well.

Homeland Security has unveiled their strategy and has also provided detailed guidance on how to comply, including documented information that CBP will require. The main points comprise the following:

The most cost-effective way to screen against the Uyghur Forced Labor Entity List is with robust risk management compliance and denied party screening software solutions, such as those provided by Descartes Systems Group. These solutions are effective because they can integrate with your ERP or other business systems and will continually screen against the Entity List, automatically alerting you of a potential match. This is especially important because a supplier cleared to do business with today might not be tomorrow.

To meet evolving compliance requirements, Descartes adds new entities to its screening lists as government and other official sources update theirs. List content related to the Uyghur Forced Labor Prevention Act is updated within our application on an ongoing basis, and any additions will similarly be made promptly to help keep our customers in compliance with sanctions and embargoes programs.

Descartes is a provider of an industry-leading suite of denied party screening, 3rd party risk management solutions, as well as trade content for leading business systems, that can be integrated with minimal disruption, sometimes in under an hour.

Descartes Visual Compliance and Descartes MK solutions are flexible and modular, allowing organizations to pick the specific and exact functionality and content they need for their particular compliance needs and scale up later as and when necessary. 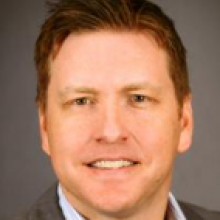