Descartes has successfully completed all levels of testing with NACCS, is ready for March 1, 2014 new mandate go-live for Japan’s Advance Filing Rule, JP24

What is Japan’s AFR Mandate?

On March 30, 2012, Japan's primary legislative body, the National Diet, enacted a law that will require additional advanced information for cargo bound for its ports. On May 25, 2012, Japan Customs announced that it would take action to enact the law. At this time, the requirements are expected to be for maritime or ocean cargo only. When fully enacted in March 2014, the rules will amend the current regulation by calling for robust information.

Japan's AFR mandate requires ocean carriers and NVOCCs to electronically submit data to Japan Customs on maritime container cargo intended for a port in Japan no later than 24 hours before departure of the vessel from the port of loading. For this reason, Japan Ocean AFR is also known as the Japanese Ocean 24-Hour Rule, or JP24 for short.

Descartes is focused on working with our customers and regulatory agencies around the world to help ensure the efficient and secure movement of shipments across international borders. We were the first logistics technology provider to work with the Nippon Automated Cargo and Port Consolidated System (NACCS) Center to electronically submit manifest information to Japan Customs and, as of the end of last month, we have successfully completed all technology test phases with Japan Customs. NACCS began its privatization process in October of 2008 and is the sole organization responsible for planning, creating and operating systems for the electronic processing of import- and export-related data for the Japanese government. 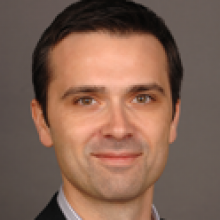