United States (US) Customs & Border Protection (CBP) announced that on July 9, it will “begin full enforcement of the Importer Security Filing regulation (ISF), and will start issuing liquidated damages against ISF importers and carriers for ISF non-compliance.” ISF was put into place in order to enhance security and screening of ocean cargo that is imported into the United States. While the rule was officially deemed “in effect” as of January of 2009, CBP began enforcing the ISF law with penalties in 2010. As of July 9, 2013, the CBP will issue the final version of the rule and plans to crack down even harder in an effort to further improve US security and improve compliance standards.  Mitigation standards and guidelines for liquid damages that have been incurred will be strictly enforced and there is the potential for penalties to significantly increase.  Current ISF penalties include:  •$5,000 per late ISF  •$5,000 per inaccurate ISF  •$5,000 for the first inaccurate ISF update  •A party can be fined up to two times (or $10,000) for each ISF/transaction  •A party may challenge or petition the fine(s) or claim(s) against you within sixty (60) days  •All challenges/petitions will be brought to a CBP committee/board for evaluation  It is important to note that penalties/fines are applied to the individual owner of the cargo or the party responsible for the shipment not the agencies who act as a third party or on behalf of the shipper.  Ask us more in the comment section at the bottom of the page or email us at info@descartes.com. 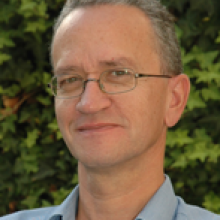