Cathay Pacific Cargo has announced that beginning on December 1 it will begin assessing a $25 surcharge on paper airway bills for exports originating from North America. The airline states that it will assume the responsibility to produce paper-based documents to satisfy customs requirements when needed.

According to the latest available figures from the International Air Transport Association (IATA), Cathay Pacific is the carrier with the largest international eAWB volume with Delta Air Lines topping out the list for domestic eAWB utilization. On the forwarder side, the organization stated in its monthly report that DHL and Schenker round out the top two spots for freight forwarder participation.

The joint IATA and FIATA (International Federation of Freight Forwarders Association) multilateral eAWB Agreement (Resolution 672) has also helped to boost program participation. The agreement helps to provide a template-based framework to speed participation and end the need for hundreds of separate bilateral contracts between carriers and freight forwarders.

As a global leader in air messaging, Descartes has a long-standing commitment to the eAWB initiative and further automation of the air cargo supply chain. Given the recent announcement from Cathay Pacific Cargo, we encourage industry-wide involvement in the eAWB program and would be happy to help guide you through the steps needed to participate.

Descartes has a variety of solutions to help move you toward one of the eAWB standards including:

A Web-to-EDI portal – For lower-volume operations or those without EDI capabilities, this simple web-based portal converts and transmits the information you enter into a format carriers can use.

Direct EDI – For those with existing EDI-capable back office systems in place, the Descartes Global Logistics Network™ (Descartes GLN™) helps to seamlessly extract and transmit the required data elements. From Cargo-IMP to Cargo-XML and other industry-standards, the Descartes GLN is capable of handling the format that makes sense for your business.

With other airlines anticipated to assess potential surcharges to boost eAWB participation, we encourage forwarders who have not yet made the move to the eAWB to join us in spearheading this cost-effective and time-saving initiative. 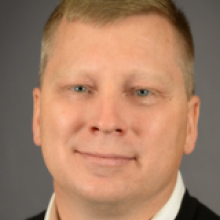