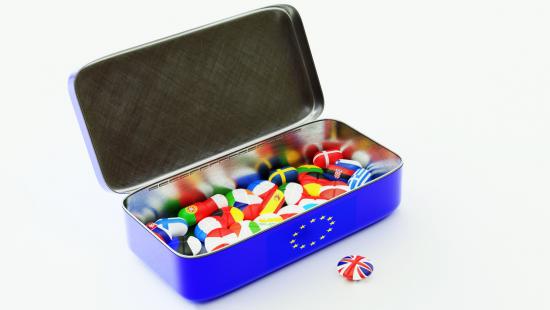 Is Your Business Brexit Ready?

The UK and the EU have signed a new trade agreement, however, import and export customs declarations along with safety & security filing are required for trading with the EU and moving goods between
Great Britain (GB) and Northern Ireland (NI).

The end of the Brexit Transition period brings significant changes for logistics and supply chain operations, with customs formalities required on all goods moving between the UK and EU,
and GB and NI.

Over 150,000 businesses in the UK trade with the EU and many will need to submit customs declarations and security filings for the first time.

Importing into the UK from the EU
Learn More

Exporting from the UK into the EU
Learn More

Moving Goods from the EU to Great Britain
LEARN MORE

The Overall Impact of Brexit

Brexit impacts all businesses trading with the EU and moving goods between GB and NI and will require over 200 million additional customs declarations per annum. Expertise is in short supply and customs agency capacity does not exist today to deal with the expected increased volume of customs declarations for Brexit.

Put simply, if you trade goods with the EU, those goods will need to have import or export customs declarations covering their movement in/out of the UK. In addition, if you trade between GB and NI then goods moved into NI will require a Movement declaration. Regardless of the Free Trade Agreement between the UK and the EU the requirement for customs declarations on goods moving between the UK and EU remains. You need to use a commodity code (also known as a tariff code) to classify your goods when you complete import or export declarations.

As well as customs declarations for goods, the end of the transition period also brought in the need for safety and security fillings for their movements.

The Unique Implications of Brexit

Changes caused by Brexit will impact a number of processes, but the most widely impacting change is the need for:

for all goods traded between the UK and the EU and goods moved between GB and NI.

Much talked about in the media in the run-up to Brexit has been the possibility of delays that may occur for vehicles arriving at UK ports from the EU. Planning for these delays is a key aspect of any Brexit Transition plan and there are mechanisms available today that can help to greatly reduce or eliminate these delays, see External Temporary Storage Facility (ETSF).

Other significant areas impacted include:

No matter how large or small your business, anyone trading with the EU from the UK or moving goods between GB and NI will be affected by Brexit. This includes:

The UK Government implemented a phased approach to the UK’s exit from the EU, including the possibility to defer import declarations for qualifying goods from the EU for up to 6 months and delaying the need for security filings and easing Sanitary and Phytosanitary (SPS) checks.

1 October 2021: EXS declarations will be required for goods which were covered by a temporary waiver for goods in RoRo vehicles, and for empty vehicles, containers and pallets moving under a transport contract from Great Britain to the EU.

30 October 2021: All Import declarations from Rest of the World into Northern Ireland must use CDS as is currently the case for movements from Great Britain.

30 November 2021: It will no longer be possible to use the legacy NCTS XML route which is being replaced by a new API.

1 January 2022: UK Importers will no longer be able to delay submitting full customs declarations and the payment of duties when importing non-controlled goods from the EU. Declarations and payment will be due at the point of import.

1 January 2022: GVMS must be used for imports and exports between the UK and EU at certain UK ports not using the Temporary Storage model.

1 January 2022: Pre-notification of Sanitary and Phytosanitary (SPS) goods, which were due to be introduced on 1 October 2021, will now be introduced.

31 March 2023: Exports via CHIEF and NES cease and migrate to CDS system.